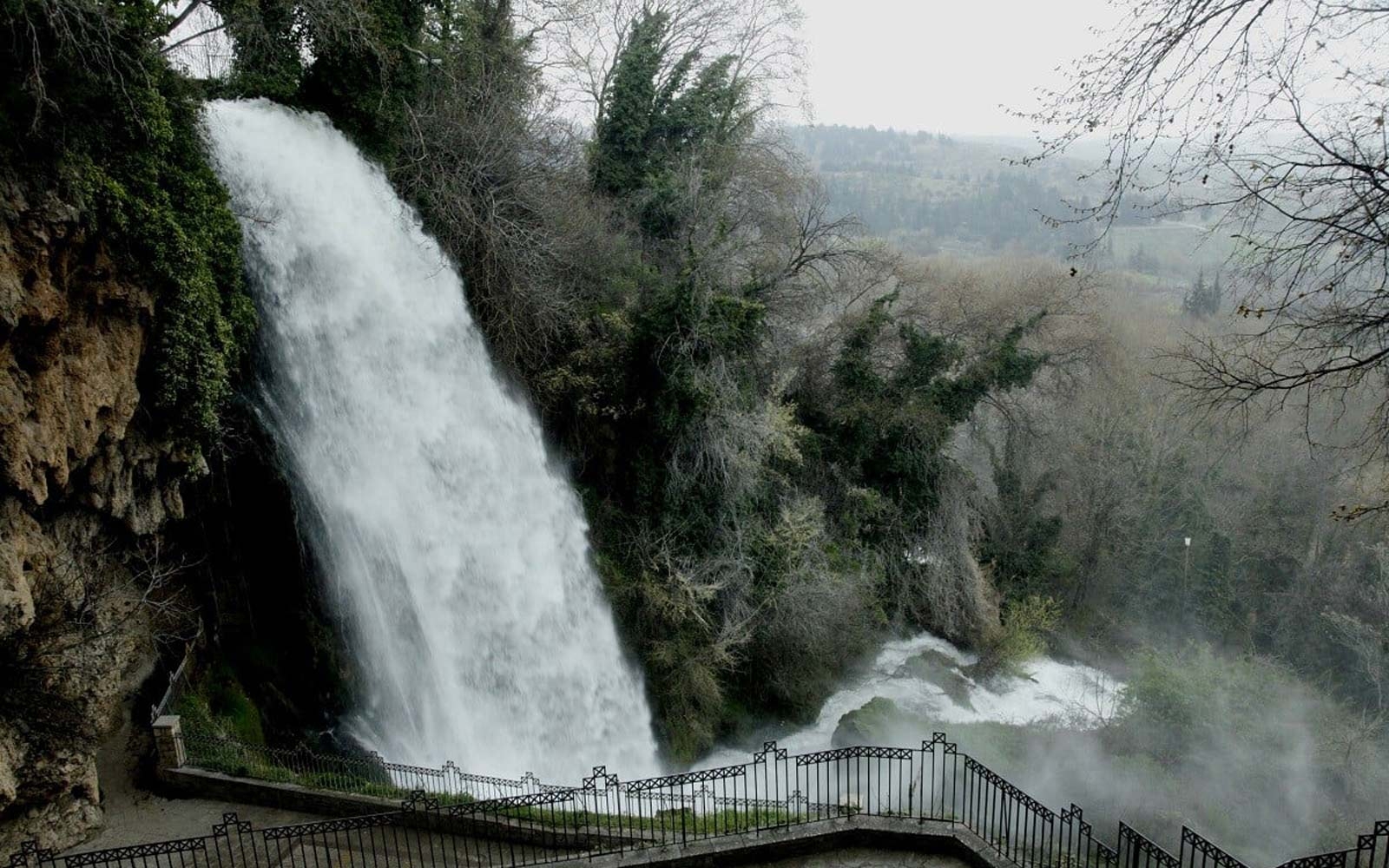 By the late 14th century a large volume of water was accumulated in a lake west of the city. After a geological phenomenon, probably an earthquake, the water passing through the city and poured from the rock, creating numerous rivers. Hidden behind the profuse vegetation remain untapped for some time. In 1942 the Germans first saw the power of tourism and exploitation of the Cascade surroundings, creating two pools, flower beds and flower boxes. After the war, the space given to the municipality, who in turn arrange to plant flowers and trees. In 1953 he began operating the city restaurant "pools", where the Edesseos fun dancing tango and waltz. In early 1960 built safe access for visitors to admire and photograph the waterfalls.

Today not only known throughout the Greek territory and outside it, there are many tourists who visit the park of waterfalls to enjoy the majestic waters of the river Edesseos be discharged from the cliff (70 meters height), creating this fantastic spectacle and the double waterfall. Beneath the famous waterfall Karan is a small cave with stalactites. The park also operates outdoor Water Museum and Tourist Information. 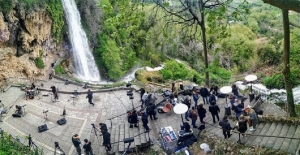 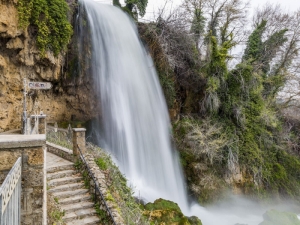 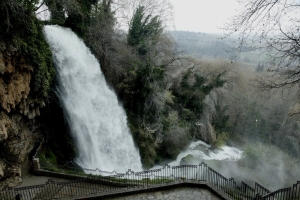 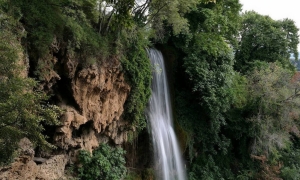 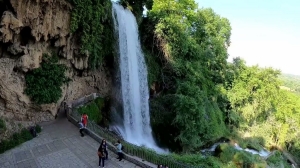 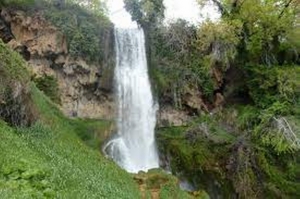